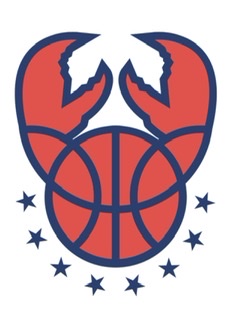 Cangrejeros de Santurce (in English: Crabmen of Santurce) is the name of several franchises sanctioned by the professional basketball league Baloncesto Superior Nacional (BSN) of Puerto Rico. Named after Santurce, all versions have played out of San Juan. The first franchise was founded in 1918 and began active play in the BSN in 1956, winning titles in 1962 and 1968 before folding. The second iteration of the Cangrejeros played their home games at the Roberto Clemente Coliseum under the ownership of music industry executive Angelo Medina, winning five championships in a six-year span (including four consecutive) and another in 2007. This version remained active for another decade after winning its last championship. In 2021, a new franchise was approved under the name of Cangrejeros under the ownership of artist Bad Bunny and urban music entrepreneurs Noah Assad and Jonathan García. Teams bearing the name of Cangrejeros have won 8 championships and appeared in 14 BSN finals.

Founded in 1918, the team has included name players such as Teófilo Cruz, and Rafael Valle. Cruz, #13, played for 25 seasons being MVP in 4 seasons and leading the BSN in points per game 2 times. He was the starting center of the PR national basketball team in the times when Puerto Rico and Brazil where the two most dominant teams in the Americas outside the USA. Valle, #5, arguably the best power forward in BSN history, played actively in 8 seasons finishing MVP and first in points per game in 1956. He was active in 2 Olympic games, where he led Puerto Rico in scoring both times. After 2 championships, and several finals, the Santurce Crabbers played their last season in 1976.

On 1998, Angelo Medina acquired the Tiburones de Aguadilla and the Capitalinos de San Juan, merged them and acquired other free agents (in a time where there was no Free Agency in the BSN) to revive the Cangrejeros, who started playing in the Roberto Clemente Coliseum. The team featured players like: Jose "Piculin" Ortiz, Carlos Arroyo, Orlando "Guayacan" Santiago and Jeffrey Aubry. Besides those players, Santurce featured as a coach Julio Toro, who was the coach of the national team and had previously won a championship in the league. The team went on to defeat the Leones de Ponce in the final.

Move from the Roberto Clemente Coliseum

In 2005, the mayor of San Juan, Jorge Santini, decided that the Cangrejeros could no longer play in the Roberto Clemente Coliseum because the assistance was low and it was not worth playing there., and offered them the Pedrín Zorrilla Coliseum, which is used for volleyball. The mayor of Guaynabo, Héctor O'Neill, offered Medina use of the Mario Morales Coliseum, located in Guaynabo, and Medina decided to split home games between there and the recently opened Puerto Rico Coliseum. The games at the Puerto Rico Coliseum averaged an attendance of 10,000. Santini and the municipality of San Juan insisted that the Pedrín Zorrilla Coliseum should be used, and even had a giant billboard in front of the coliseum that read “We want this (the Pedrín Zorrilla) to be the new home of the Cangrejeros”. The use of the "Quijote" Morales Coliseum contributed to the return of the Conquistadores de Guaynabo.

In 2007, the Cangrejeros advanced to the league's round robin, following a 73–70 victory over Fajardo. In this game Robert Traylor scored the first triple-double in the season with 17 points, 15 rebounds and ten blocks. This total established a new record in blocks for a single game, breaking the previous record of nine. With less than a minute remaining Orlando Santiago scored a free throw and subsequently stole a ball to secure a win. The Cangrejeros would reach the finals and face the Capitanes de Arecibo, defeating them in the series to win the league's championship.

During this time frame, the team remains played its home games in Guaynabo and the Puerto Rico Coliseum. The José Miguel Agrelot Coliseum was used in playoffs and regular season games against teams that attract a large crowd such as the Capitanes, Leones de Ponce and Vaqueros de Bayamón.

In 2015, former Cangrejeros player and former NBA player Carlos Arroyo returned to the team after ending his music career, an endeavor in which he had briefly engaged.

In 2018, the Cangrejeros were acquired by businessmen Ricardo García and Camilo Domínguez. Ricardo Garcia who is the owner of Havoc Media Group and Camilo Domiguez owner of Reydom Sports and entertainment group both entrepreneurs of Orlando Florida.

After some controversy and some allegedly fraud in the part of Ariel Rodriguez who was the owner previous to Ricardo Garcia and Camilo Dominguez both are no longer owners of the team. During the exchange Rodriguez failed to provided accurate information of the debts owned to vendors, team staff, third parties, agents, coaches and players. After the team was taken over by Mr. Garcia and Mr. Camilo Dominguez many issues came to light. In one of the issues there was some controversy of misuse of money needed to pay debts passed on by Angelo Medina. Now the team has been recessed once again and Ariel Rodriguez continues to be the team owner and liable for over 400k + in debt.

In April 2021, the league approved the return of the Cangrejeros under the ownership of Noah Assad and Jonathan Miranda, who were joined by urban artist Bad Bunny the following month. Veteran point guard José Juan Barea served as the cornerstone of a roster that had begun construction with the purchase of shooting guard Isaac Sosa’s contract from the Atléticos. The staff was composed by Néstor García, with former players Elías Ayuso and Carla Cortijo as assistants and Daniel Seoane as scout. More roster acquisitions, including import players Dante Cunningham and Thomas Robinson, as well as a return to the José Miguel Agrelot Coliseum were announced during the off-season.

Throughout the 2021 season the veteran roster of the Cangrejeros faced several difficulties, including recurrent injuries on Barea. While still in contention García was released from his contract, becoming the new head coach of the Argentina national baseball team. Assistant Larry Ayuso took over the staff and lead it in a second half that saw the team fell to the fourth place of the B Division to close the regular season. Before the postseason began, the administration left José Miguel Agrelot Coliseum and moved to Roberto Clemente Coliseum. Cangrejeros faced Capitanes de Arecibo in their first round matchup, being eliminated in the series 2-4.